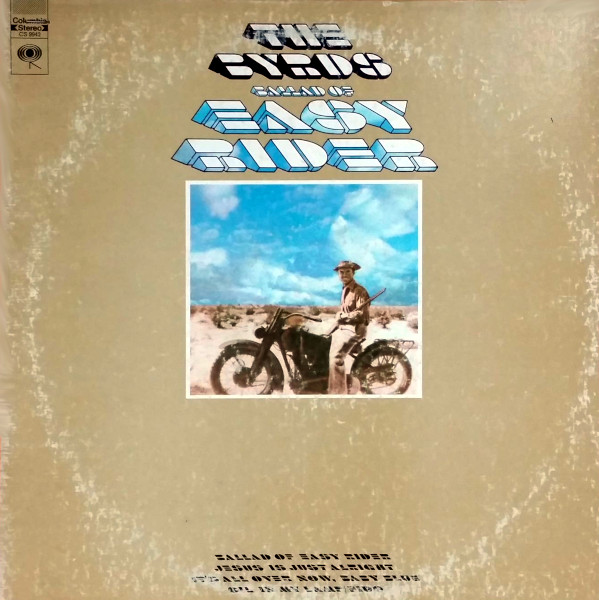 The new Byrds continue to stretch their wings on their second album. Just what the doctor ordered.

At some point, I suspect, I’ll need to get off this continuing hayride of The Byrds through country rock & roll, but so far it hasn’t been nearly as bumpy as I expected. The second album from the new quartet is notable for letting the rest of the Byrds stretch their wings. John York sings a song about a dog (“Fido”), Gene Parsons sings a song about John York (“Gunga Din”) and even Clarence White gets a turn at the microphone for the old Christian hymn, “Oil In My Lamp.”

Roger McGuinn takes the lion’s share of the lead vocals, but only contributes one original, “Ballad of Easy Rider,” which included a verse written by Bob Dylan. It’s the record’s most recognizable track, remarkably mellow with a lovely string arrangement behind it. A cover of “Jesus Is Just Alright” also cracked the US Top 100 (The Doobie Brothers would have a Top 40 hit with it two years later).

The rest of the record features straight and psychedelicized country-rock, plus a folk song from McGuinn (“Jack Tarr The Sailor”) and the by-now-obligatory space-y ending, “Armstrong, Aldrin and Collins.” While some critics have pointed to Beach Boys-styled harmonies (e.g., “Oil In My Lamp”) in the music, you’ll find much better harmonizing on the earlier Byrds elpees. York, Parsons and White can carry a tune, but the second coming of Crosby, Stills & Nash they’re not. The Byrds’ association with a second counter-culture film (Dr. Byrds & Mr. Hyde featured a song from the film, Candy, and another inspired by it) shows that the group remained an important institution in the U.S., even if their ground-breaking days were behind them.

Maybe McGuinn was growing restless with the process; a slowed-down version of Bob Dylan’s “It’s All Over Now, Baby Blue” suggests a certain boredom with the formula, though not with the bard himself. The post-Rodeo adventures are a different animal than the earlier Byrds albums, to be sure, but McGuinn pulls the common thread of quality and folksy rock & roll through both sides of the band.