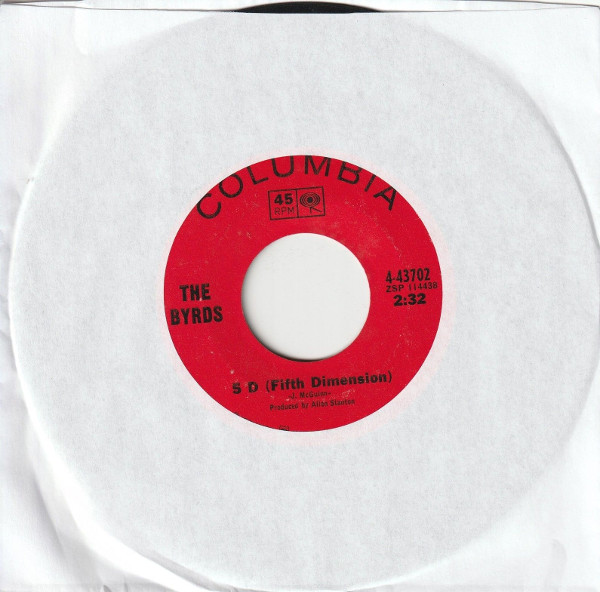 The trippy title track from the band’s third album puts the D in LSD.

Kronomyth 2.9: Sad-eyed lady in the sky with diamonds.

Although Fifth Dimension didn’t include a Bob Dylan song, it did include a fair approximation of one with “5 D (Fifth Dimension).” Written by Jim McGuinn, the song sounds like Dylan reporting an acid trip. This and “Eight Miles High” understandably gave The Byrds’ third record a distinctively “druggy” feel, although the latter was actually about airplanes and the former probably has as much to do with McGuinn’s interest in Sufism as LSD.

The flip side for the single was “Captain Soul,” an instrumental credited to the band and apparently inspired by drummer Mike Clarke (what little inspiration it has, anyway). As a pre-taste of Fifth Dimension, this single doesn’t really do the album justice, but you could say the same about half of The Byrds’ singles.

“Essentially, it was Mike Clarke’s trip. He wanted us to do something soul-oriented, so we did that for him.” – Roger McGuinn, referencing “Captain Soul” in the liner notes of the 1996 cd reissue of Fifth Dimension (source: The Byrds Lyric Page).