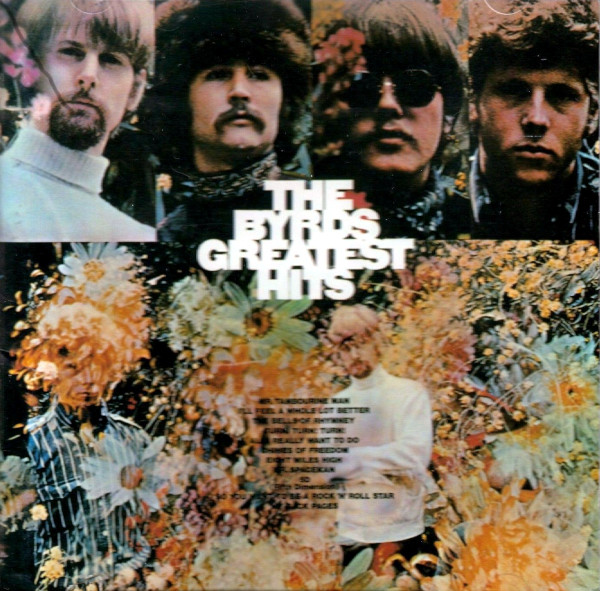 A career compilation of the Crosby-era Byrds, which few would argue was the classic incarnation of the band.

In 1967, The Byrds were flying high. Two years later, they were struggling to stay aloft, but that’s a subject for another day. The Byrds’ Greatest Hits is a cash-in compilation from Columbia that features the most popular songs from their first four albums. You’ll find Pete Seeger’s “Turn! Turn! Turn!” here, as well as Bob Dylan’s “Mr. Tambourine Man,” Seeger’s “The Bells of Rhymney,” and Dylan’s “Chimes of Freedom,” “All I Really Want To Do” and “My Back Pages.” Maybe they should have called this Bob Dylan and Pete Seeger’s Greatest Hits.

I would tell you that the whole psychedelic folk thing backfired on The Byrds, but what do I know? Not nearly as much as the critics who championed the band’s work as timeless, only to turn their backs on them two years later. (In fairness, many critics continued to warmly receive their new works even amid cooling commercial interest.)

What I always liked best about The Byrds was their individuality. There were those catchy Gene Clark songs, something strange and beautifully elusive from David Crosby and a weird, tuneful trip or two from Jim McGuinn, with Chris Hillman’s country contributions coming a little later. The psychedelic folk covers of Dylan and Seeger were initially electrifying, but quickly acquired a novelty factor while selling the band’s own songwriting skills short.

History will, of course, remember “Turn! Turn! Turn!” and “Mr. Tambourine Man.” It will not, however, remember “All I Really Want To Do” or “Mr. Spaceman,” and it shouldn’t, especially when there are so many album tracks that better bespeak the band: “I See You,” “I Come And Stand At Every Door” and I can think of a dozen more.