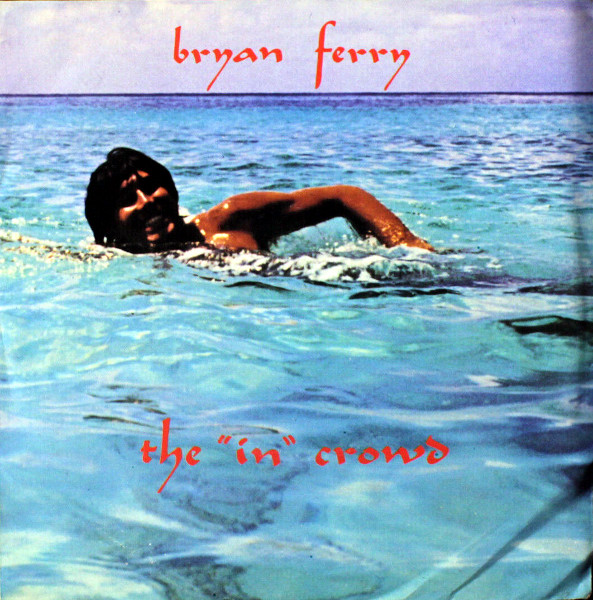 In case you didn’t get the memo that Bryan Ferry was cool, he hand-delivers it.

Kronoymth 1.9: All cats are Gray after dark.

The advance single from Bryan Ferry’s second solo album was a frosty version of the Dobie Gray hit, The “In” Crowd. Through Ferry’s revisionist lens, the song revs up like a motorbike and goes speeding through the decadent corridors of the beau monde. The effect is to hear how much the “in” crowd has shifted in ten years.

The B side is a haunted version of the Roxy Music original, Chance Meeting. This version later appeared on Let’s Stick Together. Both the A and B side are otherwise noteworthy for featuring David O’List, the original guitarist in Roxy Music. Based on these tracks, it seems that Roxy would have fared just fine with O’List, if leaning a bit more to the left of normal. Of minor interest, the A side is about 20 seconds shorter than the elpee version, with an early fadeout of O’List’s guitar explosions at the end.