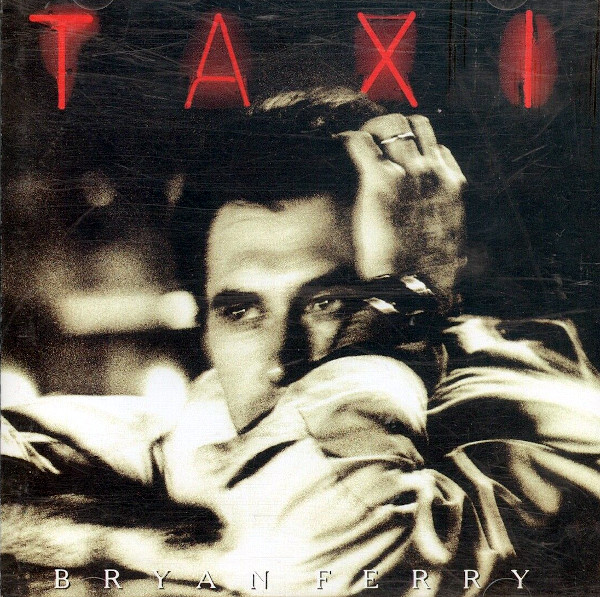 The appearance of “Amazing Grace” might suggest Bryan had reached the bottom of the barrel, but he wisely covers himself with top-notch production.

Welcome to Avalounge (population: you). So what are you still doing here after all these years? Surely you’ve gleaned all you can from the bard’s bitter musings, so why the desire to stay in these desolate lowlands? Because some folks get stirred up by this stuff, got stirred by Roxy Music really, and the rest of their life is spent looking for just another high.

Taxi is a cover album (the closing “Because You’re Mine” is an original), and so critics dredge up all their past prejudices when describing this album. Frankly, I’ve never seen a critic bother to differentiate between the cover albums, and Taxi is in fact a Ferry of a very different sort. Beginning with Bête Noire, a Bryan Ferry disc took pains to set the tone in the opening moments. It’s shallow into “I Put A Spell On You” that you sense what’s up his sleeve: an album of covers played from his present ‘90s perspective. Honestly, if half of these tracks weren’t already familiar, you’d just assume this was the new disc from Bryan.

The trouble I had with some of his solo work was a sense that musical development went on hiatus when the covers came out, but not so here. To my eyes, I see a logical bridge between Bête Noire and Mamouna. It’s a little more playful than those efforts, including funky treatments of “Amazing Grace” (it’s better than you think) and “Answer Me.” The choices are unusual this time, from the old Velvet’s track “All Tomorrow’s Parties” (now Bryan and Nico would have been a pair for the ages) to the title track (an R&B hit for J. Blackfoot in the early ‘80s). Perhaps that diminishes the nostalgia quotient, which is fine with me.

I don’t look to someone as subversive as Ferry to protect the past, and I don’t think the old heroes need a new coat of paint. Honestly, the new material haunts the same familiar places anyway, so what’s the difference if Ferry pilfers from Elvis’s songbook or from Elvis by way of Roxy? I like the original material a little better (more surprises, more freedom), so follow Mamouna and Bête Noire first, but catch up with Taxi eventually.