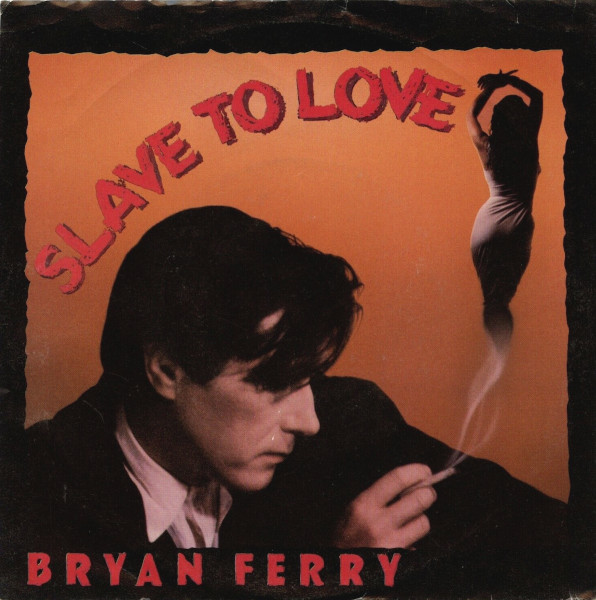 The hero of Roxy returns from Avalon as bewitched and beautiful as you remember.

Bryan Ferry is the only person I know who can sing and sigh at the same time. The advance single from his first post-Roxy Music record, “Slave to Love,” concedes nothing to the breathy brilliance of Avalon. Not a note is out of place, not a microgram of emotion withheld as Ferry confesses his servitude to pulchritude. Yes, that sentence ended uglier than it should have.

The B side is a spooky instrumental version of “Valentine” that sounds radically different from the vocal elpee version. The song would seem to explore one of the backing tracks on the elpee version and extend it into a ambient ghostworld piece, but the connection between the two tracks is anything but obvious. The 12-inch single featured an extended re-mix of “Slave to Love” complete with opening thunderclaps. Considering how fussed-over the original was, I’m not sure a re-mix was necessary. On the flip side of the 12-inch single appears an instrumental version of “Slave to Love,” which sticks much closer to the original and, for all I know, is the elpee version with the vocals removed.

A music video directed by fashion photographer Jean-Baptiste Mondino features the 12-inch re-mix version. Mondino had recently directed Don Henley’s “The Boys of Summer” video, which was named 1984’s video of the year by MTV. He also directed the disturbing video for David Bowie’s “Never Let Me Down.”