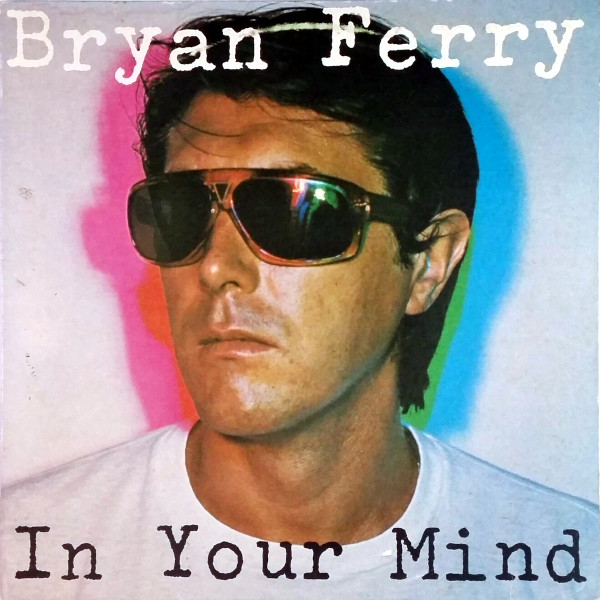 Here’s proof positive that if you listen to something long enough, you learn to like it. At first, In Your Mind struck me as a disappointment (as it has many before and since); actually, a disappointment with an asterisk. With Roxy Music mort, Bryan Ferry not merely invited but rolled out the red carpet for comparisons to his former band by writing all-new material for In Your Mind. No longer cloaked under cover material, Bryan Ferry’s solo work was stacked up next to the groundbreaking music of Roxy and found wanting, causing more than a few critics to muse that the album was little more than Roxy Music lite. And initially I shared that perspective, but in the absence of anything else in Bryan Ferry’s subsequent catalog that even remotely resembles vintage Roxy, I’ve returned to In Your Mind often, looking for a glimmer of the original genius.

At first, I was won over by “One Kiss,” a remarkable love song that nearly replicates the magic mood of “Heart On My Sleeve” thanks in large part to Phil Manzanera’s plaintive guitar. Next, the easy sway of “Rock of Ages” wove its magic, suggestive of Siren if less noisy. And soon I was spotting sparks everywhere: the master class of emotive singing on “This Is Tomorrow,” the moody and exotic “Love Me Madly Again” (presaging parts of Manifesto), the cheerful cracking of Ferry’s voice on “All Night Operator.” That all took time to appreciate, however. It takes a fraction of the effort to declare Let’s Stick Together the penultimate party platter, Avalon a haunting and sophisticated work, These Foolish Things a fiendish wolf in sheep’s clothing. In other words, every Bryan Ferry album requires some faith, but In Your Mind requires a lot of it. At eight songs, it’s a little light, the arrangements pedestrian (relative to Roxy Music anyway), the backing band familiar but not the creative foils they could have been, and the whole thing feels like Boys and Girls minus the shiny polish. That’s my objective opinion. Subjectively, I’d say it’s worth picking up, since the difference between the pined-for ghost of Roxy and a pale imitation is simple semantics.

All songs by Bryan Ferry unless noted.