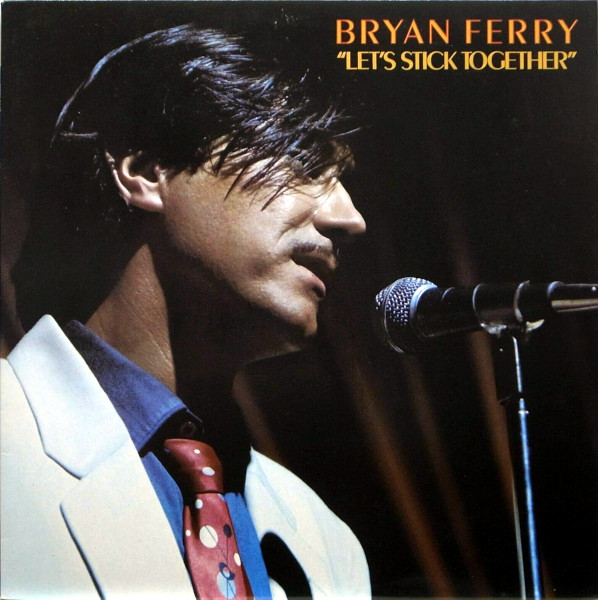 Re-makes of Roxy songs make this his most appealing solo record to date, but the remodeled covers are equally rousing.

Bryan Ferry stuck some of his earlier, alternate takes of Roxy’s classics (which had previously appeared as B sides) alongside terrific new covers and packaged the whole thing as Let’s Stick Together. Not only does this blend together seamlessly (even though “2 HB” was recorded three years earlier), but it represents the single finest argument for Ferry’s fascination with cover material. Tracks by the Everly Brothers, The Beatles and Wilbert Harrison are never far from a sweet saxophone or guitar solo, the icing on these cool confections. But the album would have been little more than a box of creme-filled candies without the chewy interpretations of Roxy nuggets like “Casanova” (delivered here with devilish detachment), “Re-make/Re-model” and a corporeal “2 HB.”

By reconciling Ferry’s work with Roxy Music alongside his solo persona as the re-visionary romantic, Let’s Stick Together offers that rare two-dimensional picture of the enigmatic artist. For my money, hearing Bryan bulldoze through “Shame, Shame, Shame” (and whip out a harmonica solo!) and melt over “Heart On My Sleeve” are indelible moments in music. Past interpretations of Bob Dylan have been challenging, the leisure suit donned for “Smoke Gets In Your Eyes” et cetera impeccably tailored, but rarely has the end result been enjoyable in its own right. Let’s Stick Together is different; here, the listener can enjoy Ferry’s voice for what it is rather than what it’s not. For Roxy Music fans crossing over, this is Ferry’s smoothest ride.