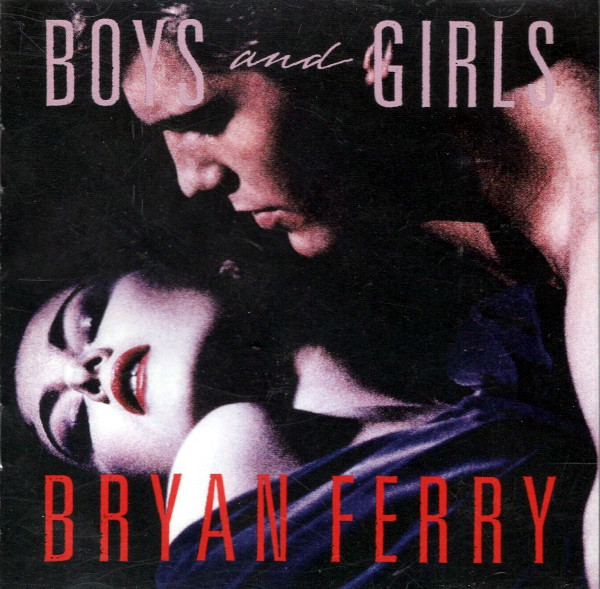 Kronomyth 6.0: Let’s dance out of nowhere.

Avalon, as it turned out, wasn’t the last word on Bryan Ferry’s new romantic notions. Boys And Girls is in many ways a refinement of the music featured on the last Roxy Music album. Ferry fusses over every detail: the sounds sparkle, the sentiments linger, the arrangements percolate to perfection. The songs sneak up on you like hot breath on the back of your neck.

At first, I was slightly disappointed with Boys And Girls because it wasn’t subversive. I had the same reaction to Let’s Dance. But, with time, I learned to fall in love with “Slave To Love,” “Windswept,” “Don’t Stop The Dance” and “Sensation.” It’s not the haunted palace of Avalon, but a gilded dance hall illumined by the likes of David Gilmour, Nile Rodgers and Mark Knopfler. Where David Bowie was simply going through another one of his changes, Ferry had come back to claim his throne as the New Romantic King.

Since the reign of Roxy The Second, bands like Simple Minds and Scritti Politti accumulated followers while Bryan Ferry faded into legend. Here, the legend returns. No one, and I mean no one, delivers a romantic line like the king. When he sighs, the flowers sigh, when he cries, the sky cries.

There’s more to it than emotion, of course. Boys And Girls is impeccably arranged and unassailably intelligent. Heavier cuts like “The Chosen One” are nearly as complex as those uber-funk experiments from David Byrne and Brian Eno. For me, Avalon’s ghostworld will always be home. But Boys And Girls, immaculately conceived, is the return of the king and a reason to rejoice anew.