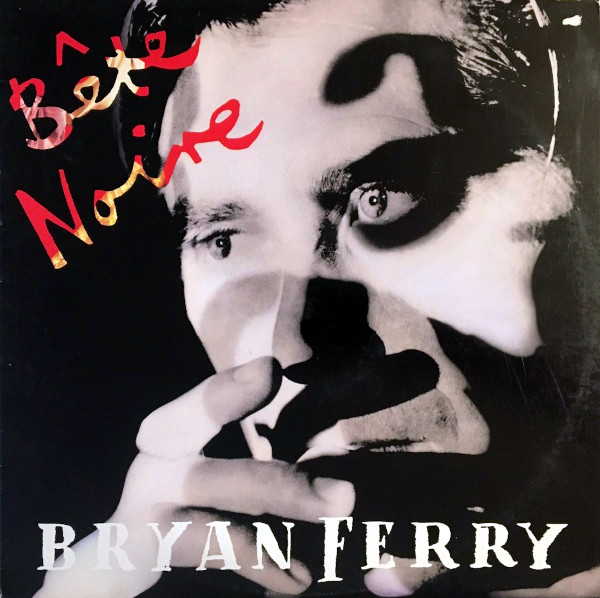 Kronomyth 7.0: The beat with two backs.

Fear not Ferryphiles, Bête Noire is nothing to be afraid of. A red rose with some thorns, downbeat and moody at times, but otherwise the same immaculately conceived matters of the heart that fans would expect from the author of Boys And Girls. The primary difference between the two is the participation of Patrick Leonard, who coproduces, plays on and cowrites much of Bête Noire. Leonard’s rich, exotic landscapes share the spotlight with Ferry’s voice, here subdued but still expressive.

These songs don’t represent a new chapter for Bryan Ferry, who has plied similar ground on songs like “Love Me Madly Again” (echoed in the single “Kiss And Tell”) and “Spin Me Round.” But Bête Noire does polish the image of Ferry as weary romantic to better effect than before, balanced by an energized, sophisticated backdrop of sounds. “Limbo” sets the stage perfectly, conjuring that middle world where highs and lows are abstract ideas long untasted. What follows is a mix of precise, studied dance music (“Kiss And Tell,” “Day For Night”) and murky islands of minor remorse (“Zamba,” “Bete Noire”).

Leonard, who had worked with Madonna, brings some of the same high-value production to Ferry’s voice, notably on “Day For Night” and “Bête Noire.” But this is Bryan’s beast from beginning to end, masterfully restrained and yet sensual. The sharing of songwriting and Ferry’s subsequent silence should give some listeners pause, yet Bête Noire is clearly the equal of Boys And Girls; not as eager to please, perhaps, but that’s a good thing. The album is also notable for a collaboration with Johnny Marr (of The Smiths) on “The Right Stuff,” which delivers on some of that pairing’s promise.

“The trouble is that being a singer people tend to imagine that’s all I do, but in fact singing is just the tip of the iceberg. I’m totally involved in all aspects of making the record. Sometimes I get so involved that I almost forget I’ve got to do the singing as well.” – Bryan Ferry in a February 1987 interview with DOLLY Magazine.