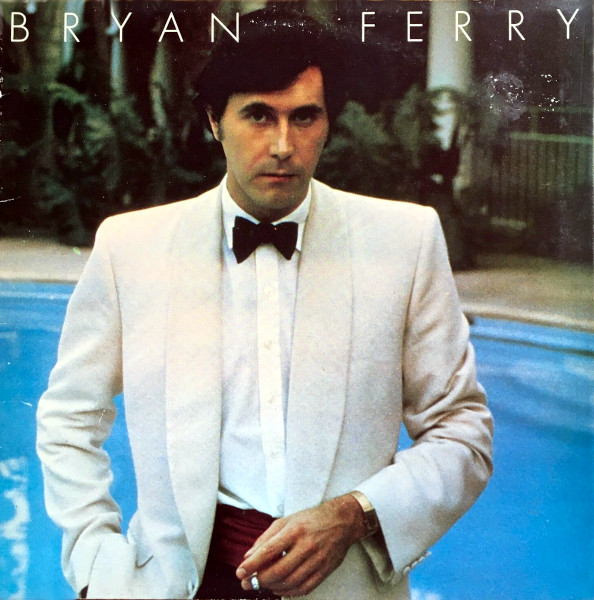 The man with the golden lips knocks off nine more covers and one brilliant original without breaking a sweat.

Bryan Ferry must have known he was courting disaster in some quarters when he released a second album of cover songs. Another Time, Another Place bristles with defiance, charging through a perverse version of The ‘In’ Crowd, nailing Smoke Gets In Your Eyes like only Bryan can, cavorting through Fingerpoppin’ without regard for personal appearance, and closing it all with a killer original. In the end, no one succeeds at knocking the chip off Ferry’s shoulders, although American audiences hadn’t warmed up to the singer’s solo career enough to get close.

Stylistically, this album sounds like it belongs between the half poised/profane These Foolish Things and the lively rock arrangements that appeared on Let’s Stick Together. Sometimes, Ferry exorcises his old demons with noisy arrangements and intense readings, at other times he simply presents the songs in a flattering light. His take on Bob Dylan’s It Ain’t Me, Babe is less subversive than his reading of “A Hard Rain’s A-Gonna Fall,” and in fact is far more accessible than Dylan’s cranky version of the classic. Elsewhere, the languid and lovely Help Me Make It Through The Night confirms Ferry’s status as an incurable romantic.

Although his previous album covered better songs, more of Roxy Music’s manic energy shines through on Another Time, Another Place (especially on the title track, which might be the best song Ferry has written outside of the band). After you’ve exhausted the Roxy catalog, work backwards from Let’s Stick Together, then forward from In Your Mind.