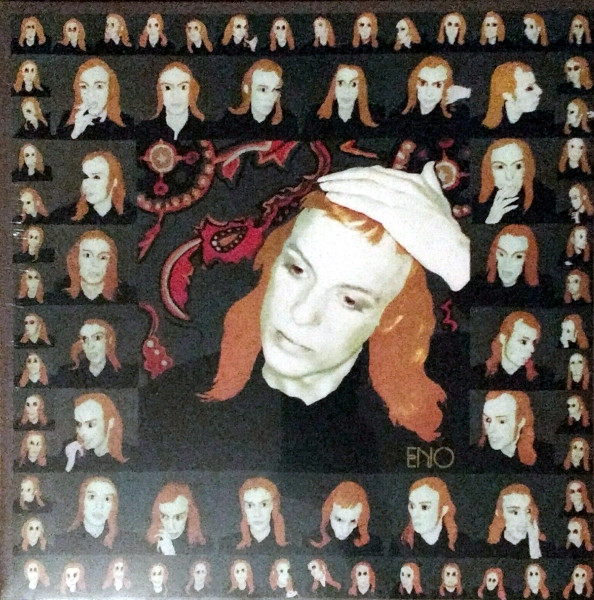 Apparently, Eno was just getting warmed up on Jets. Once heard, this album will change your world.

This is a pandora’s box of pop’s potentialities that, once opened, closed my ears to the mundanities of “normal” music forever. Put another way, I didn’t realize you could make music like this and, once I did, I wanted everything to sound like it.

Taking Tiger Mountain (By Strategy) is, in one sense, an extension of the perverse pop music revealed on Here Come The Warm Jets. But where Jets was varied in style and execution, Tiger focuses on the arrangements of Eno and Phil Manzanera. As a result of a shared, unified vision, the songs inhabit the same strange, exotic world, even as they jump off to very different locations, from China to the jungle to the decadent Europe of faded royalty. That’s not to suggest that Taking Tiger Mountain doesn’t featuring a stunning array of different sounds, but it’s easier to connect songs like “The Fat Lady of Limbourg” and “The Great Pretender” than the free-for-all Jets.

While Tiger is clearly the product of Eno’s envelope/button-pushing intellect, Manzanera deserves much credit for the final product. I’d be hard-pressed to name another album that features such a wide sample of unique guitar sounds; you could write an entire article on the different sounds/techniques used to achieve the guitar sounds on this record. In fact, Tiger might be Manzanera’s greatest moment, and his contributions are absolutely essential to the album’s alienness, coloring each song in brilliant brushstrokes of sound.

“He was upstairs doing Taking Tiger Mountain and we were downstairs doing The Lamb. Peter and some of the other guys were big Roxy fans. I didn’t count myself in the Roxy Music camp, but when it came to calling him down to sort of put some vocals through his synth, I got sent back up as payment to play on a track on that album of his. I guess we got on very well since I got lots of calls from him to do Another Green World, Before and After Science and Music for Films. They were great sessions to do, very informative as to a new and different way of working. It was a long way from Genesis.” — Phil Collins, as quoted in Ultimate Classic Rock.

Tiger, of course, wasn’t created in a vacuum. The record is actually something of a companion piece to John Cale’s Fear, which was recorded at the same time with many of the same musicians. And Fear is a wonderful, ear-opening album, but it won’t make you throw out half your music collection. Tiger will. It demands a fealty that Fear doesn’t because of the height and depth of its achievement. After breathing in the new worlds of “Third Uncle,” “Mother Whale Eyeless,” “Burning Airlines Give You So Much More” and “The True Wheel,” the stench of convention is too difficult to endure.

As with his last record, Eno ends on a wistful note with the title track. It’s the only song on Tiger that isn’t rigged with booby traps. Every song on this album, at one point or another, has held my attention for days. Even the off-kilter lullaby, “Put A Straw Under Baby,” arguably the record’s weakest idea, isn’t easily dismissed, as the menacing organ lurking in the background suggests that the author of “Baby’s On Fire” might have kindling rather than cuddling in mind. Many would cite his next record, Another Green World, as his best record, but I would have Tiger tucked under my arm for my desert island exile. It’s one of the ten best albums I own, a list that would include Sgt. Pepper’s Lonely Hearts Club Band, Minstrel in the Gallery, Selling England By The Pound and Close to the Edge, just to give you an idea of its company.

All songs written by Eno and arranged by Phil Manzanera/Eno unless noted.

The cover is 2 prints from an edition of 1500 unique lithographs by Peter Schmidt with thanks to Steve Rigby and Fred. Polaroid pictures by Lorenz Zatecky. Lettering by John Bonis.