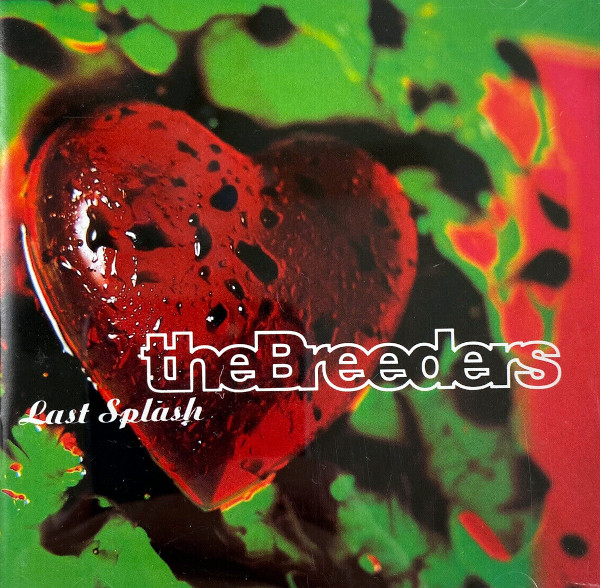 The Breeders release their best album yet, but what’s wrong with Tanya?

The loss of Pixies was gigantic, so The Breeders you must understand were a big frigging Deal. Kim and Kelley and their kicking rhythm section made a big splash with their second album. It was the early ‘90s, grrls were rocking, and The Breeders rocked as hard as any of them. More important, Last Splash provided the Pixies fix you were jonesing for, like they’d never la la left.

Kim played the pretty vacant girl in Pixies and to an extent she does with The Breeders too. “Drivin’ on 9,” for example, would have been trampled by Pixies, but it blooms in the nurturing bosom of The Breeders. It’s a beautiful anomaly, however, on an album that would rather grab you by the short ones with pussy power pot shots like “New Year,” “Roi” and “No Aloha.”

Lumped together, Last Splash sounds unfinished. The lyrics are light as haikus, a couple of the instrumentals don’t go anywhere, fifteen songs in under forty minutes and you can do the math. I had the same notion about the Pixies some days and then a song like “Here Comes Your Man” would just make it for me. “Cannonball” and “Divine Hammer” make it for me here. Slip a nice pair like “Hag” and “Invisible Man” underneath them, and you can bolster your case that The Breeders are nearly Pixie-perfect.

The fretwork is frankly unspectacular; no Joey Santiago here. The rhythm section is another story, as Jim MacPherson and Josephine Wiggs lay it down and good. With them for a foundation, Kim and Kelley can get away with bar chords, distortion and silly guitar slides. After the Pixies, I thought the whole thing would fade to Frank Black, but it’s The Breeders who made the better album. Kudos to Kim and Kelley, Jim and Josephine. Now, if there were only an encore…