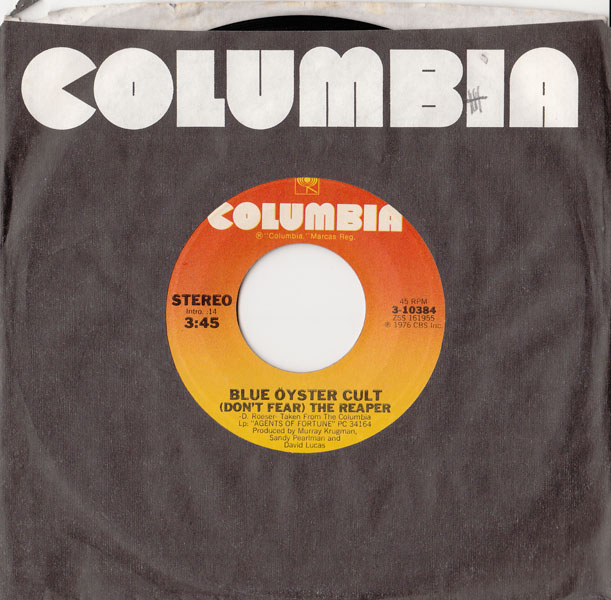 A ready-made classic that felt like it had stepped out of a fresh grave from the 60s.

Me (in mock indignation): “It has nothing to do with suicide and life after death. It’s about vampires.” Now, this is the real me talking, I think it’s a little of both. I believe that Buck Dharma had his own mortality in mind when he wrote this song, but it talks about dead people (we can be like they are) and Romeo and Juliet, so how is it not about suicide? And then there’s the last verse (“Came the last night of sadness”), which totally cops Bela Lugosi’s bedroom entrance in Dracula.

Whatever the song’s message, it found an adoring audience, catapulting Blue Oyster Cult into the national spotlight and boosting sales of not only the source record (Agents of Fortune) but its precedent (On Your Feet or On Your Knees). The single is an edited version that cuts out the guitar solo, which means it slows down for no apparent reason about two-thirds of the way through. The B side is the elpee version of “Tattoo Vampire,” which I’m pretty sure is also about vampires.