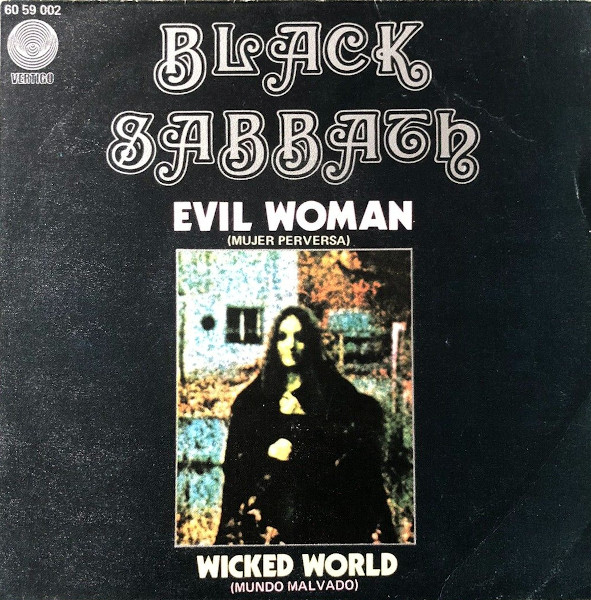 Sabbath serves up some warmed-up crow at the request of Fontana Records, who would be eating it by year’s end.

Kronomyth 0.9: You will bear someone else’s fertile seed.

Hard to imagine there was ever a time that Black Sabbath was a struggling band just trying to get a break, but such were the circumstances when the band recorded a cover of Crow’s Evil Woman for Fontana Records. The original had been a Top 20 hit, but no such luck for Sabbath, who saw their first single wither without a trace. Honestly, I side with history on this one. “Evil Woman” adds little to the original, subtracts the horns and is at best a murky vision of things to come.

Wicked World, now there’s a Sabbath song. It introduces Geezer Butler’s disillusioned world vision and has that magical, menacing Sabbath stride to it. The song also does a nice job of showcasing the band’s instrumental chops, which were a fair match for anything Deep Purple had to offer. Soon after its initial release, Fontana sold the UK distribution rights to Sabbath’s new label, Vertigo, resulting in a reissue of the original single.

Produced by Rodger Bain; engineered by Barry Sheffield (A1), Tom Allom (B1).