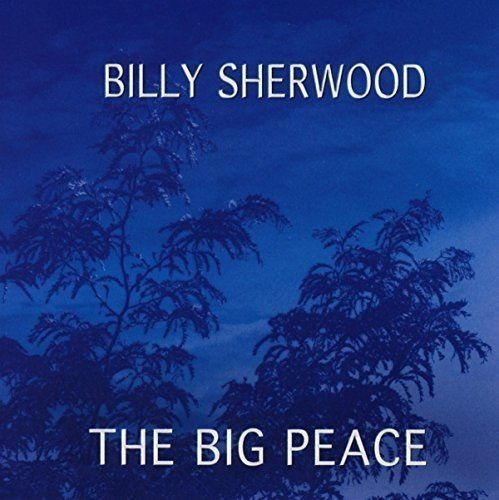 Before rising to global fame as an official member of Yes, Sherwood released this impressive neo-prog solo album with his World Trade mates.

If you still think of Trevor Rabin and Billy Sherwood as the young upstarts, well, you really need to let go of that. Both are remarkably talented men, no longer young, who helped to re-energize the Yes brand in the Eighties (Rabin) and Nineties (Rabin and Sherwood). The Big Peace is Billy Sherwood’s first solo album, and it confirms (like Rabin’s solo records) that the man is a creative force of no small consequence. Sherwood produces, writes and plays most of the instruments on The Big Peace, delivering an impressive and substantive modern prog record in the bargain.

Like his collaborative effort with Chris Squire, Conspiracy, the music sometimes suggests XTC (e.g., “One Day”), straddling a middle world of digital pop and prog on the shorter cuts (“Walking With The Rain” and the delightful “Call”). It’s the epic opening and closing, however, that will tickle the ears of Yes fans. DIY prog can be a dangerous undertaking, but Sherwood manages to pull it off almost perfectly on “Lesson To Be Learned” and “The Big Peace.” It’s not hard to imagine these songs rendered on a slightly grander scale as vehicles for Yes, although Sherwood does a grand job of presenting them on his own. If the vocals aren’t up to the standard of Jon Anderson or the guitar work up to the standard of Steve Howe (and they’re not), Sherwood manages to keep them in the same general vicinity through studio smoke and mirrors.

The people at Purple Pyramid are notorious penny pinchers, so ignore the album artwork (what little of it there is); The Big Peace sounds much better than it looks. Anyone interested in the wondrously timeless story of Yes would do well spend time on Sherwood’s blue isle, preferably with the lights off and headphones on. Note that little of this will come as a surprise to fans of World Trade, since many of the same people are involved (Jay Schellen, Bruce Gowdy), but I’m guessing that most listeners will reach here by way of The Ladder.

All songs written by Billy Sherwood unless noted.