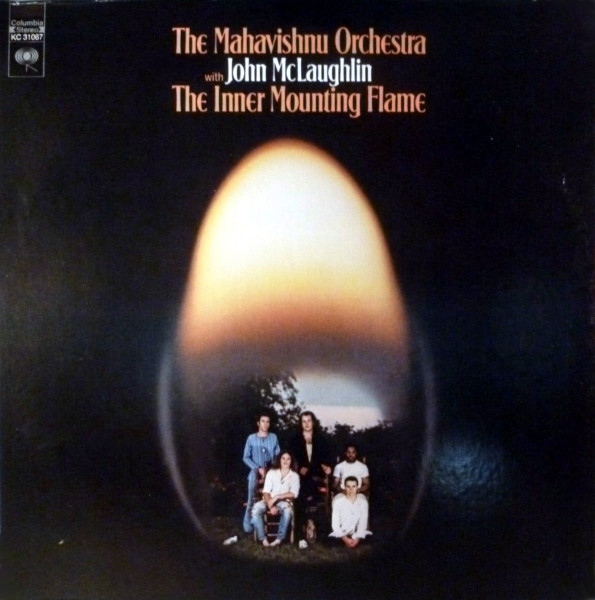 The album that confirmed McLaughlin was one of the hottest guitarists on the planet.

There could be little doubt after the release of The Inner Mounting Flame that John McLaughlin was one of the world’s greatest living guitarists. At the time, this was the pinnacle of jazz-rock fusion although, as others have pointed out, “jazz-rock fusion” fails the album as a descriptor. The jazz references are relatively few; like Frank Zappa (one of the few comparisons that could be made in 1971), McLaughlin was following the beat of his own drum.

Over the years, we would learn to expect the unexpected from John McLaughlin: nuclear fusion pyrotechnics followed by songs of sublime calm, an example of which is offered here on the opening two tracks: Meeting of the Spirits and Dawn. Robert Fripp of King Crimson is another reference point, as that band walked equally well between the dark and light. In fact, The Mahavishnu Orchestra fits more comfortably into the progressive rock category than fusion because of its willingness to explore sounds more often associated with rock than jazz (e.g., feedback, distortion).

Listening to McLaughlin’s earlier solo albums or The Tony Williams Lifetime won’t really prepare you for The Mahavishnu Orchestra. The lineup consisted of a couple of Berklee grads (Jan Hammer, Rick Laird) and Billy Cobham and Jerry Goodman, who had both appeared on McLaughlin’s recent solo album, My Goal’s Beyond. Hammer proved to be a find, recalling Josef Zawinul with his ability to move seamlessly between melody and anarchy. Goodman served as a second guitarist of sorts, setting the stage for the future work of Jean-Luc Ponty. Cobham was a natural force on the drums, not yielding an inch to Tony Williams. Although The Inner Mounting Flame is clearly a group effort, it’s McLaughlin’s vision from beginning to end.

The first side of music is simply astounding. Within the first thirty seconds of “Meeting of the Spirits,” I was convinced this was the greatest fusion album ever recorded. (Remember, Al Di Meola-era Return To Forever was still a few years off.) Split between quiet songs (Dawn, A Lotus on Irish Streams) and explosive rock-jazz numbers (Spirits, The Noonward Race), it’s a breathtaking performance. “The Noonward Race” also introduces Hammer’s distorted electric piano which, together with McLaughlin’s mind-blowing soloing, pushes the music into the punk-jazz territory that Weather Report would later inhabit upon the arrival of Jaco Pastorius.

The second side repeats the formula, but with fewer soft passages. Vital Transformation feels like Soft Machine with their amps on eleven. Dance of Maya prowls like a tiger (shades of Crimson to come) between revealing a heretofore hidden sense of humor in its blues-rock parody. You Know You Know is more reflective, while McLaughlin keeps the listener on their toes by punctuating the music with electric exclamation points. Awakening crams the best parts of Flame into three-and-a-half-minutes of awesomeness.

As I said, this album propelled McLaughlin to the top of the guitar gods chart, at least for the moment. Frank Zappa, Robert Fripp, Carlos Santana, Jimi Hendrix were all amazing guitarists, Allan Holdsworth and Al Di Meola were right around the corner, but Mahavishnu John McLaughlin raised the bar on this record. Even today, fifty years on, there are very few records that can hold a candle to The Inner Mounting Flame.

All compositions by Mahavishnu John McLaughlin.