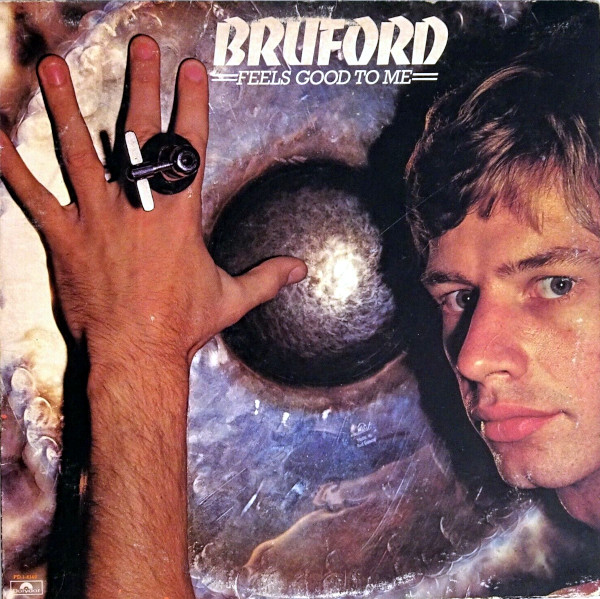 Fifty per cent of U.K. equals one hundred percent awesomeness on Bruford’s first.

Bill Bruford was apparently bursting with musical ideas in the wake of King Crimson, forming a progressive rock band with John Wetton (U.K.) and a progressive jazz/rock band under his own name, Bruford. The latter was the first to release an album, Feels Good to Me, which showcased an exciting mix of musical exploration and mathematical precision that suggested a cross between Brand X and Robert Fripp’s rock experiments.

Personally, I find Peacock’s presence mesmerizing, and her vocals have a galvanizing effect on Back to the Beginning and Seems Like a Lifetime Ago (Part One). On the instrumental side of things, Beelzebub is 100% the brainchild of the man who gave us “Five Per Cent of Nothing,” but the remaining songs look to break from that mold, whether it’s the surprisingly tuneful title track, the melodic jazz of Either End of August (one of two tracks to feature Kenny Wheeler on flugelhorn) or Adios a la Pasada, which looks slightly forward to the “big” sound of the first U.K. album.

Of the solo Bruford albums, this is the best. The albums that followed were slightly redundant in a world that already had Brand X in it. You’d expect the inverse given Robin Lumley’s role as producer and John Goodsall’s appearance on Feels Good to Me, but Bruford the band is as unique here as the people in it. One of a kind, indeed.