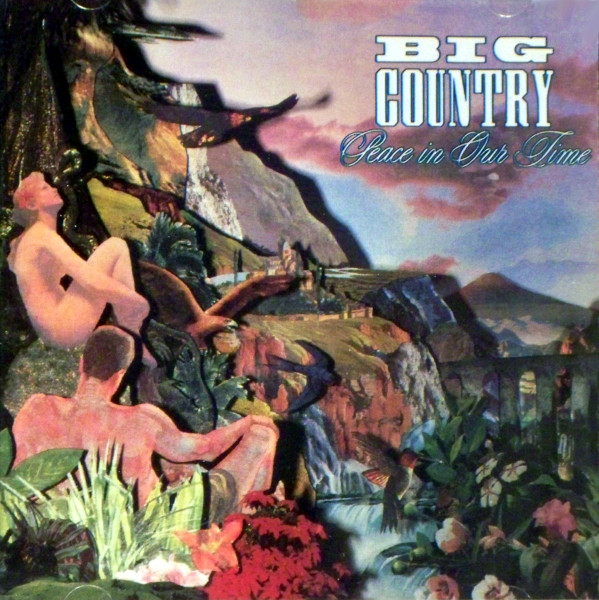 Apparently, the trouble with Big Country is that they didn’t sound enough like Jefferson Starship and Wang Chung.

On their fourth album, Peace In Our Time, Big Country toned down the e-bow attack and brought synthesizers into the mix. Given how idiosyncratic the heroic e-bow guitars and Stuart Adamson’s passionate singing had become, Peace In Our Time sounded initially like Big Country was backing away from their own image. And maybe they were. Fist-clenched thunderbolts of fury are only sustainable for so long, and even fans would admit that playing everything like survival depended on it painted their songs in a draining sameness.

There’s more space between the songs on Peace, which allows them to develop their own identities quickly: the war cry (“Peace In Our Time”), the sneaky sleeper (“Thousand Yard Stare”), the ballad (“Everything I Need”) and the little lump in the throat (“In This Place”). Lyrically, Adamson has less to say than on The Crossing or Steeltown, or rather chooses to paint these sometimes painful vignettes in conversational language rather than the poetic sloganeering of old. The result is a more intimate album in some ways, though at the cost of fire. The quality of the material on this album (and the excess of material recorded during the same period) shows that Big Country still had plenty of gas in their tank, but poor charting in the US suggested that the band’s fortunes were waning all the same.

A kinder, gentler, more peaceful Big Country didn’t have the same place in the world as an angry Anglo novelty (“In A Big Country”), and American record companies resigned themselves to the fact that the band would always be something of an enigma to the big country across the ocean. Personally, I feel that Peter Wolf (Jefferson Starship, Wang Chung) was a poor match for the band. Yes, they’d softened their attack, but Peace In Our Time is hardly a dud, and fans should rally around it with time.

All lyrics and music written by Stuart Adamson unless noted.