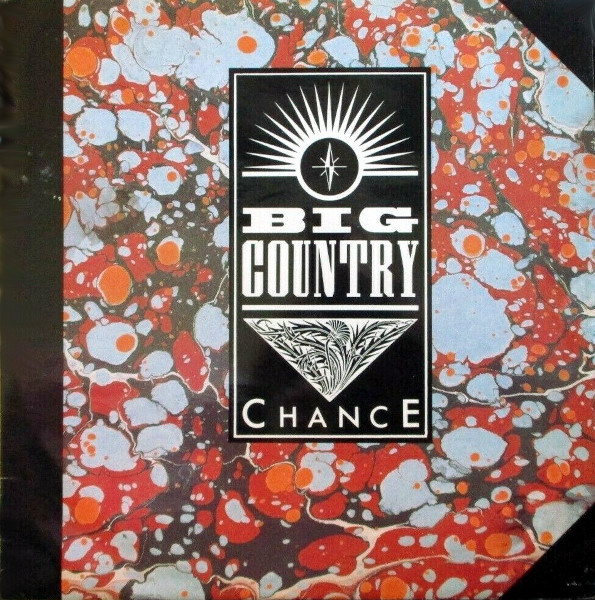 A slightly different version from the elpee, but it’ll still make the hairs on the back of your neck stand up.

Kronomyth 1.3: The chance of a lifetime.

How depressing does a band have to be for a cover of Tracks of My Tears to be one of their more upbeat tracks? The third single from The Crossing (the single for “Harvest Home” originated from different sessions) paired a live version of the Smokey Robinson and The Miracles’ “Tracks of My Tears” with a remixed version of Chance. The single version is less subdued and starts with an acoustic intro; I actually prefer it to the elpee version, though I’ve never heard a bad version of the song.

“Chance” is a story of a young woman who is left with two children after a failed romance. In sound and theme, it’s similar to Steeltown’s “Come Back to Me,” my favorite Big Country song. Stuart Adamson had a bleak outlook on things from the beginning, but the band’s music always seemed to rise above tragedy to triumph. It’s in that sense (and in that sense only) that their music could be called hopeful.

The 12-inch single included The Crossing, a song that did not appear on the album of the same name. At over seven minutes, it’s one of their longest tracks; maybe they felt this and “Porrohman” would have made The Crossing too heavy a cross for pop music fans to bear. Shame that more people haven’t chance’d upon it, though, because it’s a joy to hear the band stretch out and try something a little different. The rhythm section of Big Country was simply one of the best in the new wave of ‘80s rock bands. In fact, if I were going to make a case for Big Country as one of the most musically talented bands of the 80s, I might start here.