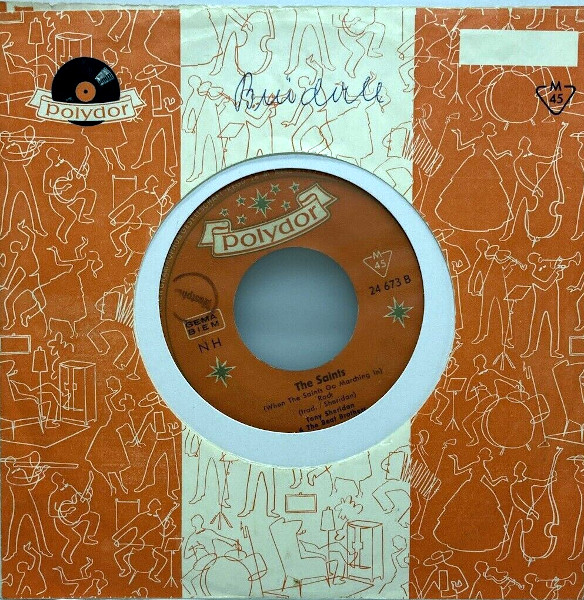 Tony Sheridan and some fab fellows named The Beat Brothers rock out to a 19th century Scottish folk tune.

Such was the state of rock & roll in 1961 that you singers like Tony Sheridan could sweeten up a couple of moldy oldies with some Chuck Berry rhythm & blues and have a legitimate shot at a hit. My Bonnie (yes, that “My Bonnie”) starts out like a ballad before turning into a rocking little number with the soon-to-be legendary Beatles appearing as The Beat Brothers. The single was re-issued in 1962 in the UK with The Beat Brothers now appearing as the re-christened Beatles, and in 1964 in the US with The Beatles getting top billing. This latter version finally charted, with the caveat that a recording of Ringo Starr beating a dead cat probably would have charted at that point (while purists argued that it clearly sounded like Pete Best beating the cat).

The B side was The Saints (yes, that Saints), which, for the record, Fred Flintstone beat them to one year earlier. Bah, and you thought The Simpsons predicting President Trump was impressive! There appear to some versions of this single with a German intro to “My Bonnie,” and I’m sure there are more versions of this than I’ve recorded here. Feel free to add any discographical detail I may have missed, although I have to imagine there are more than a few meticulously annotated Beatles sites where you can read about every version of this ever pressed on plastic. Because those people really don’t have anything better to yabba-dabba-do with their time.

Some versions credit Tony Sheridan with the arrangements.