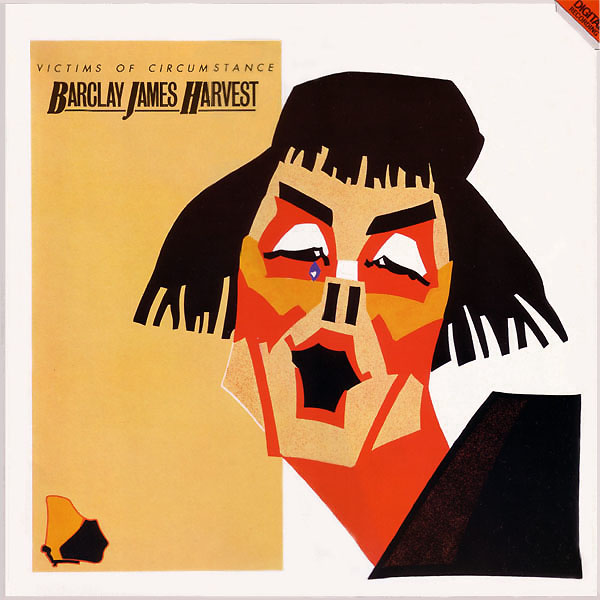 Circumstances led producer/arranger Pip Williams from Voyager to Ring of Changes to The Present to this piece of plastic. Swelled with strings, synthesizers and extra vocalists, Victims is another harvest of songs simply conceived and extravagantly produced. My impression of BJH in the 80s is similar to latter-day Moody Blues, Alan Parsons Project, Supertramp or Pink Floyd after the draining of Waters: missing its original teeth, still easy to swallow after all these years. BJH was no longer a progressive rock band swimming in the psychedelic moonwater of the 60s, but a commercial concern trying to stay afloat in the 80s. A music video for the title track reveals how out of their element they were, white knights in a dark world fighting the sleeping dragons of television (“Sideshow”) and war (“Victims of Circumstance”). That the core trio of Lees, Holroyd and Pritchard is still standing is encouraging; that they need to be propped up by Pip Williams, strings, synthesizers and singers is discouraging but not a disaster. On their own, the little bit of magic in “I’ve Got A Feeling” or “For Your Love” might have fizzled, but with some stagecraft behind them they work. As I’ve earlier mused, Lees and Holroyd are simple balladeers at heart; you probably wouldn’t have scored a record contract in 1984 with these songs in hand. Yet for more than a decade, Polydor has faithfully pumped out product under the BJH brand and been rewarded with a growing European fan base. While Ring of Changes is the better album, Victims of Circumstance shares many of the same high-value production touches (both albums were digitally recorded). The cover is apparently a play on the Madame Butterfly theme and continues a longstanding tradition of really, really crappy BJH album covers.

The Pictures
Design and artwork by Cream; illustration by Ian Kay (with acknowledgement to the brilliant work of Jo Steiner); art direction by Mike McCrath.