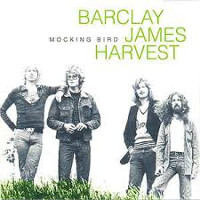 The good thing about not having any recognizable hits is the freedom it affords you come compilation time. That and the magic of living paycheck to paycheck. This 1997 Disky collection draws some of the better singles and album tracks from the band’s tenure with the Harvest label, which is to say most of the classic BJH material. Over the last few months, I’ve spent a lot of time listening to their early music, and I’m amazed at how varied it is; you could literally subsist on a straight diet of Barclay James Harvest and still feel satiated. I mention it because this collection underscores that fact. You have the beautifully orchestrated ballads (“Mocking Bird,” “Early Morning,” “The Iron Maiden”), proggy epics (“Medicine Man,” “Summer Soldier”), straight rockers (“Ball And Chain,” “Good Love Child”) and the classical “Moonwater” to close it all out. Also included here is the non-album “I Can’t Go On Without You,” an early outtake from Woolly that later appeared on the expanded reissue of their first album. So is this a good starting point for the BJH novice? Well, I would tell you that an appreciation of the band is predicated on a familiarity with Once Again, Everyone Is Everybody Else and maybe Live for good measure. Otherwise, you might be inclined to think that “Mr. Sunshine” or “Someone There You Know” represents the best of BJH rather than flecks in a greater painting. At over 60 minutes of music, Mocking Bird is a better bet to please than some of the earlier Harvest compilations, although the Disky sets tend to be cheap knockoffs. Note that there are at least two other BJH compilations that carry the Mocking Bird moniker, both of which feature different tracks.