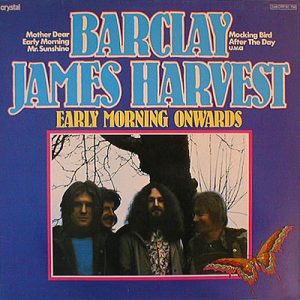 This is an early compilation that collects several of the band’s standalone singles plus select tracks from their first, second and third albums. EMI may have had Pink Floyd’s Relics in mind when they released this, since there wasn’t any external event to suggest that the world was waiting for an early harvest of BJH songs. By focusing on the band’s first five singles, Early Morning Onwards serves as a kind of best-of compilation; a premature one, to be sure, but maybe EMI couldn’t wait to share their harvest with the world. It was intended as an affordable entrée into the band (thus the budget Starline issue), so if it brought more butterflies into the net, I’m fine with it. It is not, however, a cohesive case for BJH’s greatness. The band was trying out a lot of different styles in the beginning, so it’s unlikely you’ll like everything on here—and if you do, there’s a good chance you already have a butterfly tattooed on your body. I was familiar with all of these songs except for the “I’m Over You/Child of Man” single, which is one of their least interesting singles. (Unfortunately, the pseudonymous Bombadil single released in 1972 didn’t make the cut for EMO; that would have been cool.) If you don’t own “Early Morning” and “Brother Thrush” (which is to the BJH canon what “Dear Father” is to the Yes canon), then I would forge onward (or, if I were forging in the UK, onwards) to find this. You can also hear the first two singles as part of the expanded reissue of their first album, if you’re headed in that direction anyway.

* All tracks credited to Barclay James Harvest (most of them erroneously) unless noted.