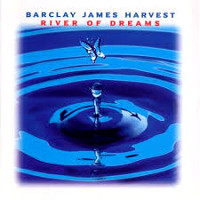 The measure of a man is what he does beyond the eyes of preening populace, where no one sees except the eyes of Him who led the light from out the trembling dim. And so it was that in the blackest forest (that is to say, in Germany) a chorus rose to meet those two unerring eyes that first beheld the oceans and the skies. The chorus, long ago, had set a course that leaned but little on the wind, perforce, for winds are fey and fickle as the breeze, and dance with whom they will and where they please. The vessel that they sailed was small but sure, the crew all knew each other from before, the songs they sang were sweet and strong and cast a wise, illumined eye upon the past. The ship moved sharply Leeward in the breeze, or shifted windward-side by Les degrees, and so it rocked along its dreamy path, arriving at its destiny by halves. If few had glimpsed its artful prow, what care? As sure as stars exist beyond the air whose light may reach us in a million years, the world is not the sum of what it hears. Yet for the few that caught its gleaming sail, or heard the vessel sing the wind its tale, might we not say that we have conjured ghosts who flew beneath the tattered sails of hopes long lost to youthful pride and zeal, and now commit themselves to what is real: to love and peace, to loyalty and art, to words and worlds that fill the human heart. We have been richly blessed who fortune deigns to guide us, by this river, home again.