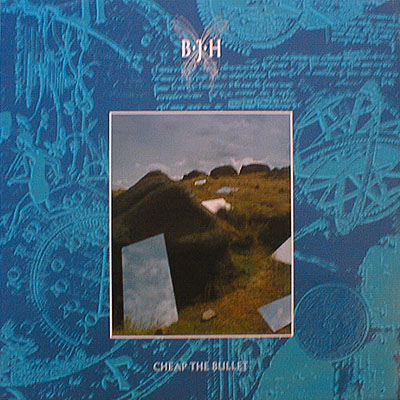 Deep in the alternate reality of a Polydor A&R man, Romanian rebels pick up the sagging standard of “Cheap The Bullet” as their battle cry, and it’s Glasnost all over a glen. Only, really, the song never had a shot. This is simply the latest in a long and regal line of anti-war songs from John Lees. A music video was apparently created for the occasion, but I haven’t seen it. In the context of Welcome To The Show, appearing as it does after the clever “Lady MacBeth,” this song originally struck me as generic studio rock. On its own, however, it’s not a bad song and was probably a good and timely choice for a single in European markets. The B side featured Les Holroyd’s “Shadows On The Sky,” which was appended to the CD version of Welcome To The Show. It didn’t make the elpee cut for a reason, although the harmonies are typically good and the ending fadeout is interesting. Extended singles included several songs from the live album Glasnost. One thing worth mentioning here is the fact that, while BJH’s music has changed over the years, their message has not. They have consistently sung the virtues of God, nature, peace and brotherhood. I know they don’t give awards for that kind of thing, but they should.

7-inch Single Version
A1. Cheap The Bullet
B1. Shadows On The Sky