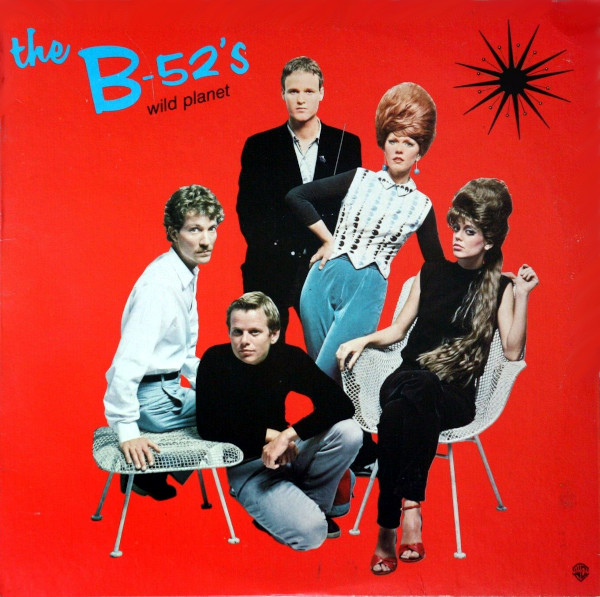 Their second album delivers more of the same wigged-out genius, but you’ve haired it all before.

Wild Planet kept the party going. While not a complete carbon copy of their first album (despite the similar album covers), The B-52’s certainly weren’t going to reinvent the wheels that got them this far. There are subtle differences in the music—an increased use of synthesizers, mechanically precise drum beats—that have more in common with Devo than Gang of Four, but mostly this is about The B-52’s just being themselves.

Some of the band’s best songs are here: Private Idaho, Party Out of Bounds, Give Me Back My Man (the latter a great showcase for singer Cindy Wilson). And yet there is also a creeping sense that The B-52’s had struggled to write new material, particularly as the second side rolls around. A group with (ostensibly) five songwriters should have been able to come up with more than nine songs, a few of which sound like hastily written retreads. Even the closing 53 Miles West of Venus, which features one of the band’s prettiest melodies, feels unfinished.

The subsequent space between albums seemed to confirm the notion that songwriting, and not musicianship, was the band’s Achilles heel. Listening to a song like Devil In My Car, as silly as it is, can’t match the excitement of hearing X’s “Riding with Mary.” Wild Planet is an enjoyable album, don’t get me wrong, but it’s certainly more of a guilty pleasure than a work of art. If The B-52’s felt like the future, Wild Planet makes you wonder how much of a future they really have. Of course, we know that the story ends with the band taking their place as pop icons, which makes Wild Planet an iconic album almost by default.