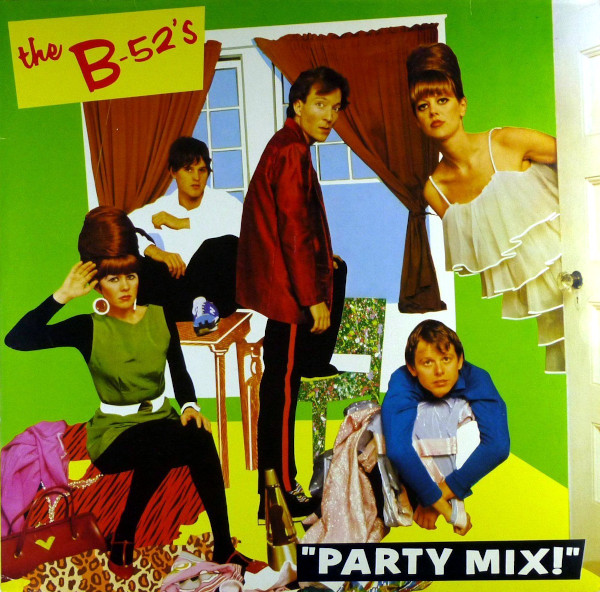 A handful of rocks from the band’s briny past, polished to perfection.

The original party platter, Party Mix! is thirty minutes of The B-52’s kitschy kookiness polished to perfection. Recorded in the early days of dance mixes, it’s not the radical remix that you might have encountered in, say, 1988. Instead, the beats are tightened up, everything seems to run a little faster (except for Dance This Mess Around, which actually seems slower), a modicum of percussion and horns appears and the guitars cut through with bracing clarity. If you can resist dancing to this, you’re dead.

At the time of its release, I’ll confess, this felt like a cop-out. Almost a year had passed since Wild Planet and the band seemed stuck for an encore. Repackaging old songs under the aegis of a party mix smacked of laziness. And maybe it was, since it’s unclear how much of a hand the band had in its making. What is clear, however, is how much music the band generated from what basically amounts to a cheap keyboard, drums and a guitar missing a G string. Historically, I’ve resisted the suggestion that The B-52’s were musical geniuses, but there’s certainly some kind of genius at work in songs like Private Idaho, Party Out of Bounds and Give Me Back My Man.

By basically automating the drums, these mixes could pass for Devo songs some of the time. I haven’t compared these mixes to the original album versions, but I suspect some tinkering took place with the aid of a rhythm/drum machine. That or Keith Strickland could vie with Alan Myers for the title of “the human metronome.” Mostly, the mixes here clean things up. You’ll hear some added echo in the vocals, extra bongos, occasional horns, but it’s not a radical re-visioning so much as a pristine preservation job.

In the Nineties, this was combined with the (initially) equally disappointing Mesopotamia. Given the shortage of music from the original B-52’s, both EPs are worth owning. Plus, it never hurts to have a 30-minute can of helium handy when your party starts to sag.