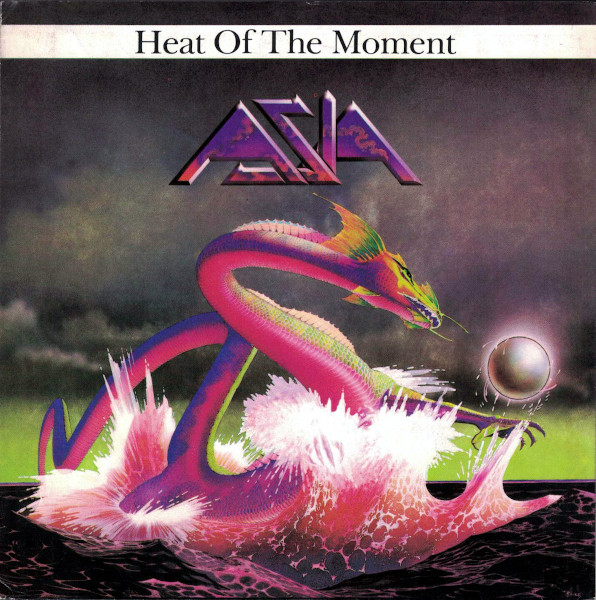 The song that heated up more than a few car windows in the 80s. (It’s late, I’m tired.)

Okay, so what kind of troll could possibly hate this song? Me, that’s who. When I first heard Heat of the Moment, I thought it was a joke. A cruel, sick, cosmic joke. Surely the sum of Steve Howe, Carl Palmer, John Wetton and Geoff Downes had to equal something bigger than this. But you know sum thing? This songs rocks a lot harder than I gave it credit for. I can still hate the video by Godley and Creme though, right?

The flip side in most of the world was the nonalbum track, Ride Easy. Co-written by Steve Howe, this is a lot closer to what I expected from Asia. In fact, I enjoy this more than most of what made the cut on Asia. The proggy guitar and keyboards are a joy to hear; this may be as close as Downes has come to sounding like Rick Wakeman. Wetton even cited “Ride Easy” as one his favorites, and Asia kept it in their live show for years.