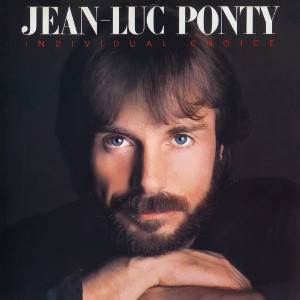 Beginning with Individual Choice, Jean-Luc Ponty chose to make most of the music himself. Doubling on violin and synthesizers, he combines icy but invigorating musical patterns with warm melodies. In theory, the music stays true to earlier Ponty albums, but in practice this is lighter and (in some ways) more immediate than a Cosmic Messenger or Mystical Adventures. Ponty is joined sparingly by familiar guests, including George Duke, Allan Holdsworth and the rhythm section of Rayford Griffin and Randy Jackson. Even in these cases the music remains mechanical, a synergy of sounds that seems to emanate from a single source. Individual Choice streamlines Ponty’s patented approach to music; some listeners found the change refreshing and accessible, others cold and predictable. Me, I’d pick a little from column A and column B: predictably refreshing. That said, Ponty does depart from his established idiom with the atmospheric “Eulogy To Oscar Romero,” which is more in line with the music of Vangelis. Despite the move toward computerfusion, Individual Choice will still connect with Ponty’s legion of listeners. It’s an evolution of economy rather than a change of direction, the same destination but a new mode of transportation. This sort of fusion does bring new age into the equation, but Ponty’s musical optimism likely resonated with new age listeners already. (I know this writeup is on the short side, but I’m running out of adjectives for Ponty.) And later that same lifetime… I’ve decided there may be merit in periodically returning to the review for post-assessment, so here I am in the middle of June, oh for. The preceding captures many of the right adjectives, sometimes in the wrong order. Everything here does emanate from a fixed point (ponty), and it is effervescent computerfusion, an Om of elation broken into a mosaic or puzzle of well-defined pieces. I’d ignore the rating on this one too; either you like Ponty’s music or you don’t, in which case Individual Choice supports that choice.