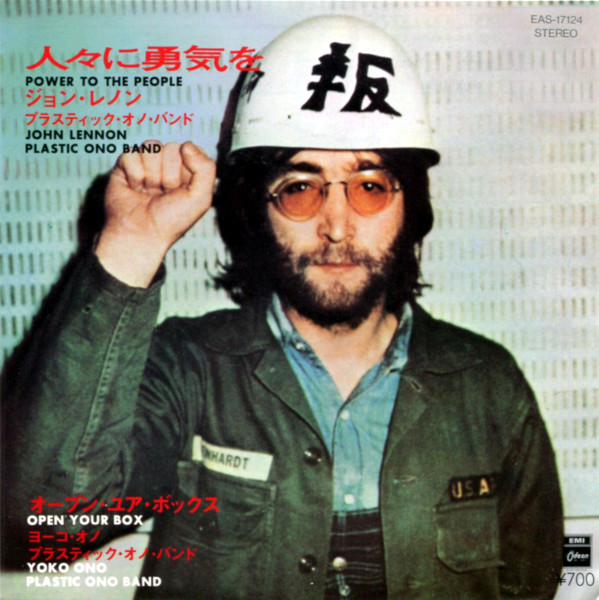 John’s emancipation proclamation for women and workers. Right on, indeed.

Kronomyth 5.5: He says he wants a revolution.

I never liked the politics of this song. Power is a gun, and you can argue endlessly that it’s a deterrent and not a weapon, but no one ever uses it that way. Musically, this song is another of John Lennon’s anthems, and I didn’t enjoy any of those except “Woman is the Nigger of the World.” Brilliant track, that.

The B side was Yoko Ono’s controversial “Open Your Box,” which was banned in the UK. The US single featured a different song in its place, “Touch Me” from Yoko Ono/Plastic Ono Band. “Open Your Box” and “Touch Me” are both pretty amazing avant-garde compositions and make a strong case for considering Yoko as a serious artist. It’s too bad she began writing pop songs instead, since her strengths clearly lie in the field of musique concrète.