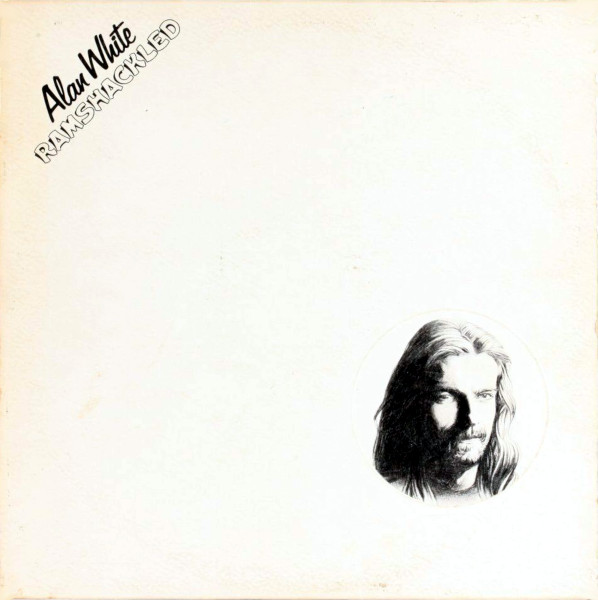 White uses his newfound cachet to make the full-length record that Griffin (his original band) never did.

The decision that each member of Yes should release a solo album was a silly affair, resulting in some widely divergent music—both in terms of quality and composition. Alan White and Patrick Moraz, the newest members of Yes, not surprisingly released the least Yes-like albums, although both The Story of I and Ramshackled were (perhaps somewhat surprisingly) quite good. A lack of enthusiasm for Alan White’s album among Yes fans likely had more to do with the fact that it was not an overtly progressive album, instead showcasing elements of funk, rock and even reggae that invited comparison to The Tubes, 10cc and Lenny White at times, but rarely Yes.

Although credited to White, the record is really a group effort featuring many of White’s old bandmates, who had appeared together briefly in Griffin, the band White had been in when he was “discovered” by John Lennon. White is a top-rate rock drummer and it’s a pleasure to hear him play on these tracks, but if you’re looking for a window into Alan White the songwriter, it never appears. Instead, Pete Kirtley and Kenny Craddock provide most of the material and do a fine job of providing some really good ideas that range from lovely instrumental interludes (“Marching Into A Bottle”) to faux reggae (“Silly Woman”).

Several songs on Ramshackled remind me of The Tubes’ first two albums: compressed white funk with a slightly progressive edge. That would describe “Oooh Baby” (which is better than it sounds), “Giddy” and “Darkness.” The singer even sounds like Bill Spooner, although I’m sure that’s coincidental, since no one in 1976 was trying to sound like Bill Spooner, not even Bill Spooner. (And, yes, I am obviously search-optimizing my site for “Bill Spooner.”)

The song most likely to catch the attention of Yes fans, the people who would presumably buy an album with Alan White’s name and face on the cover, is “Spring – Song of Innocence,” which features the voice of Jon Anderson and (we’re told) the guitar of Steve Howe. It appears to be a Pete Kirtley adaptation of a William Blake poem and, well, it’s pretty gay. Sorry. The preceding “Avakak” is actually the better prog number and the brighter showcase for White’s drumming abilities.

It’s a bit of a shame that more people haven’t heard this record. I would have been interested in another Griffin album, moreso than Peter Banks’ failed Empire, but not everyone gets a big break in the music business. Kudos to White for using his limelight to highlight his talented bandmates, and also for understanding that a vanity album of drum solos and fifties covers would have cheated listeners out of a good record.