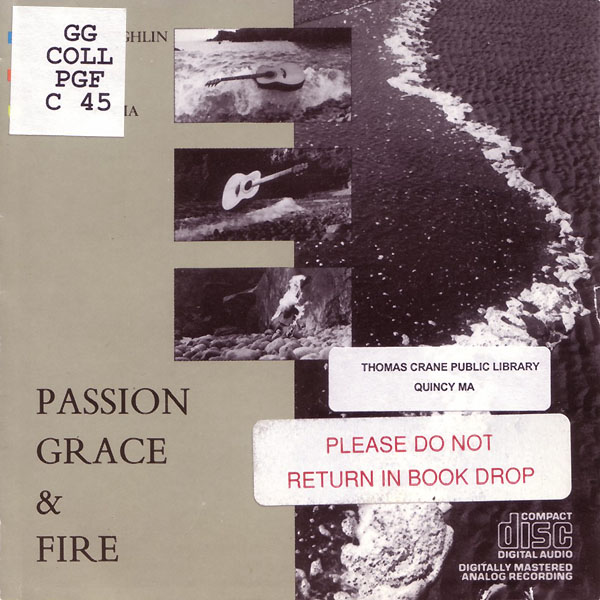 The three tuners return for a fleet and fiery adventure in modern flamenco music. Passion Grace & Fire is a mix of high-wire hijinks and artful balance, with each guitarist given their own channel (left, center, right) and two tracks to strut (and strum) their stuff. The idea here is that more is more, with the trio piling their pyrotechnics atop one another in near-constant overdrive.

Chances are you’ve already encountered this music in a more personal setting, either through the albums of Paco De Lucia or the tango sorties of Al Di Meola. Passion compresses and cubes it, providing for an intense (if occasionally overwhelming) ride. The opening “Aspan” from McLaughlin perhaps says it best, with hints of instrumental prog woven into classical flamenco that spits hot rocks and oozes layers of molten lava like an erupting volcano. The closing title track from Di Meola is another highlight, a shapeshifter that morphs between rock and rollercoaster classical. De Lucia’s two works, sandwiched in the middle, are truer to traditional flamenco music, with percussive elements and stiffly strummed guitars.

As impressive as it is, you’d need to have an affinity for flamenco music or an unquenchable thirst for the acoustic guitar to carry a torch for Passion Grace & Fire. Once heard, it’s not soon forgotten, but I grew jaded after the first two tracks, expecting the one-upsmanship to continue until it had reached some celestial summit. At its best, Passion returns to the heights of “Aspan,” but never reaches higher than that. Still, it’s a stunning record at times, and a fine addition to the individual works of each artist.