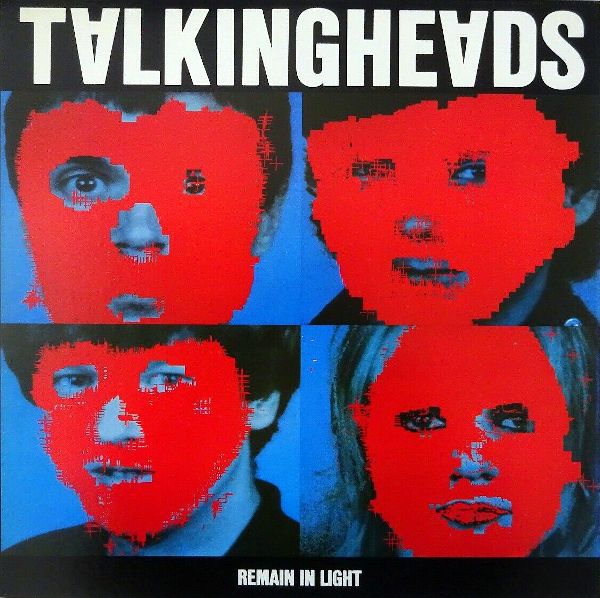 Kronomyth 4.0: My high life in the bush of ghosts.

Unbeknownst to most of us, David Byrne and Brian Eno were cooking up an entirely new kind of music in a different kitchen, the results of which would finally appear as My Life in the Bush of Ghosts. Remain in Light brings the experiment into the home of Talking Heads and became their most adventurous album to date. Mixing elements of Afrobeat, ambient music (courtesy of master sound sculptor Eno), American funk and the avant-garde, Remain in Light was unlike anything before it, except maybe for “I Zimbra.” For my money, it was the best album in a very good year for music, and remains a high-water mark of rock & roll in the twentieth century.

Now, that first pedantic paragraph will hardly prepare you for the shock of hearing Born Under Punches (The Heat Goes On). Postmodern primitivism, paranoia and an irresistible undercurrent of funk flood the senses, and don’t relent for forty minutes. The next track, Crosseyed and Painless, is even better. Imagine Fela Kuti after a fistful of speed, handcuffed to a mental patient and fleeing through a digital jungle—that’s what it sounds like. The Great Curve plays up Eno’s playful side with layered vocals (including the inimitable Nona Hendryx), lots of percussion and Adrian Belew’s elephant-sized guitar solo. The first side ends with the perfect manifestation of Eno’s shimmering electronics, Byrne’s paranoid persona and the Heads’ funky rhythm section, Once in a Lifetime. One of my favorite songs, ever.

The second side begins with my second-favorite song on the album, Houses in Motion. The fusion of the stuttering main verses and irresistibly catchy chorus is like peanut butter and jelly to me. Jon Hassell’s smoky trumpet is like a slice of dark chocolate in between. Seen and Not Seen and Listening Wind are electronic African dreams. The last song, The Overload, drifts into a deep, dark sleep.

It’s worth noting that the elements of Remain in Light aren’t completely new or alien. In fact, the album feels like Byrne and Eno took Taking Tiger Mountain, Fear of Music, Music for Films and Fela Kuti’s music and put it in a blender. What came out of the blender was new, and felt both primal and intellectual, pancultural and purely mechanical. With Eno as the fifth wheel, the Heads had created the quintessential college rock album.

*Later versions credited the material to the whole band.