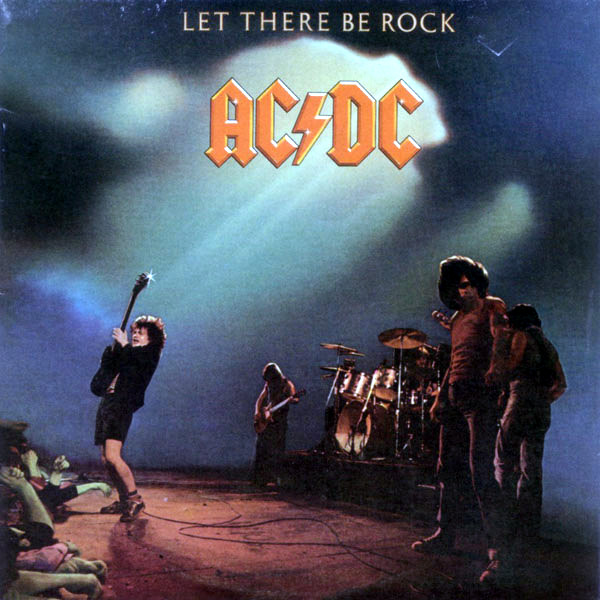 The band’s best album to date, it gets right to the raw appeal of AC/DC.

It happens somewhere in the middle of Let There Be Rock: Angus, Bon and Malcolm step back for a moment, leaving the rhythm section to rattle like hot breath in the heaving chest of an animal that’s been running at full bore for twenty minutes. And then you realize: it’s not them breathing, it’s you.

Let There Be Rock is a relentless record that just absolutely beats you into beautiful submission with the same two fists (named Bon and Angus) all day and all night. If there is a more quintessential hard rock record than this, I haven’t heard it. AC/DC displays a raw understanding of rock and roll that few bands (maybe The Who) ever approached. The title track and “Problem Child” are the universally acknowledged classics, but in fairness there isn’t a track on here that doesn’t deserve at least five minutes of hero worship.

I may regret these words some day, but listening to this album I believe that Angus Young really is the greatest rock guitarist in the world. He is an artist of the brutefull, and in his hands the guitar is an instrument of destruction, stripping away a world of false modesty and decency with every crushing blow, leaving only the animal essence, panting, wanting, a mass of sinew, bone and desire. At his side, the lecherous Scott, leering at the prospect of a “Whole Lotta Rosie” and wallowing in the profanity of “Let There Be Rock” and “Hell Ain’t A Bad Place To Be.” Behind them, the superlative drumming of Rudd, the steady support of Malcolm and Mark, the smoke-spewing tank chassis from which Bon and Angus fire their missiles. The simplicity and directness of Let There Be Rock is still stunning today, more than 30 years onward. If you haven’t heard this record, then you don’t know bumpkis about Angus.

All compositions by Angus Young, Malcolm Young and Bon Scott.

*Replaced by “Crabsody In Blue” on the Australian version.