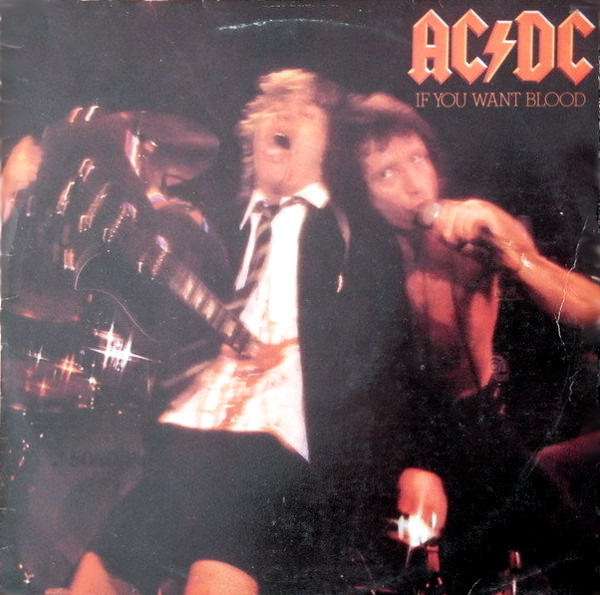 Okay, so this is technically a live album as much as Unleashed In The East was a live album, but it still rocks.

Now this is more like it: an electrifying AC/DC on stage (mostly in Glasgow) and on fire. Never mind that the band’s live performances never sounded this good; hell, even Powerage wasn’t this polished. So is this one of the greatest rock and roll live albums of all time? Not really. Guitar solos have been edited, tracks have been changed, the whole thing has been cut and coiffed. But for a band that never released a greatest hits album, If You Want Blood You’ve Got It may be as good as it gets.

This is Bon Scott-era AC/DC in top form getting lowdown and dirty with inspired performances of “The Jack,” “Whole Lotta Rosie,” “Hell Ain’t A Bad Place To Be” and the best songs from their first five albums. In fact, these versions of “Bad Boy Boogie,” “High Voltage,” “Riff Raff,” “Problem Child” and “Rock ‘N’ Roll Damnation” might actually outclass the originals. And who could argue that “Let There Be Rock” was made to be played live?

Unlike a lot of live albums, the songs on If You Want Blood don’t run considerably longer on stage. The album has the same succinct punch that Vanda and Young had delivered to date in the studio. The band pummels you with a few chords, Bon shadow boxes with his inner demons and Angus knocks you out with a short, fast solo.

More often than not, albums like If You Want Blood get “restored” to their original form with time; tracks are re-sequenced, added, unedited. That hasn’t happened yet. It remains today in much the same form: defiantly thin, unrepentantly perfect in places, with a veneer of sneer and a modicum of bonhomie. It may not be the perfect live album, but I wouldn’t change a thing after all these years.