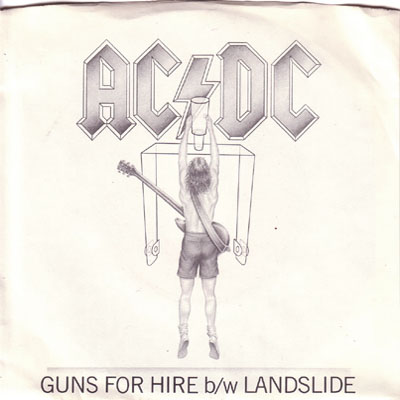 This is not the best song from what was not their best album, Flick of The Switch. It does have a great little guitar solo in it and all of the subtlety you’d expect from a band that put a penis on their last album cover, For Those About To Rock. Lyrically, the song mixes sexual innuendo with outlaw imagery; it doesn’t make a whole lot of sense, but no one listens to AC/DC for the lyrics. The flip side features “Landslide” in what appears to be an edited version at 3:17. I was going to confirm that this morning, but then I remembered that my phono cartridge is actually upstairs in my bedroom where my wife is sleeping, and I don’t want to wake her up just to listen to an AC/DC song, which I suppose is one of the fundamental differences between the sexes, since I’m pretty sure if you woke a guy up and said “Sorry, I need to listen to an AC/DC song” they would totally understand.