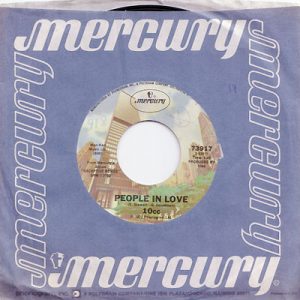 I’ve always heard this as a pale successor to “The Things We Do For Love.” THAT song was a roller-coaster ride; this is more of a swan ride. Still it’s a lovely track, fit if not for a king than at least one PM I know. Like most of their singles, the B side is a nonalbum track, promisingly titled “Don’t Squeeze Me Like Toothpaste.” It’s not as silly as it sounds, but a country-pop song with some sweet guitar playing and a good melody. Toothpaste or not, the band lost most of their teeth when Godley and Creme dropped out, as these two tracks confirm.