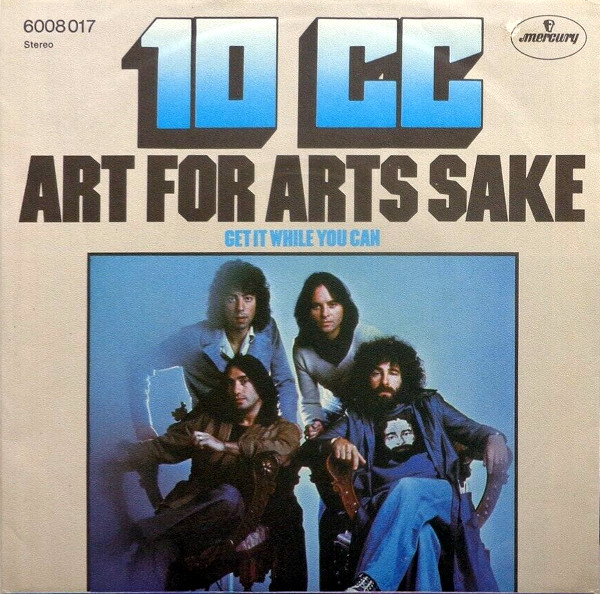 A small snack between records as the band bites the hand that feeds them.

I love 10cc, but their hits have always been hit or miss for me. “Life is a Minestrone,” “Good Morning Judge” and “People in Love,” for example, never rocked my world. Art for Art’s Sake, released in between albums, falls somewhere between an ugly hit and a lovely miss. The single version runs about 90 seconds shorter than the later album version, with the intro missing and the ending fading early (which leaves out one of the band’s better guitar solos). An even shorter radio edit was available on special promotional singles in the U.S., clocking in at three-and-a-half minutes.

The B side, Get It While You Can, features a pleasant melody that recalls Paul McCartney. Despite its mellow exterior, the song is an encouragement to get moving before you miss your chance. As with nearly every 10cc song, it’s possibly tongue in cheek, or maybe just a reflection of the Seventies zeitgeist. “Get It While You Can” was eventually added to the expanded reissue of How Dare You!